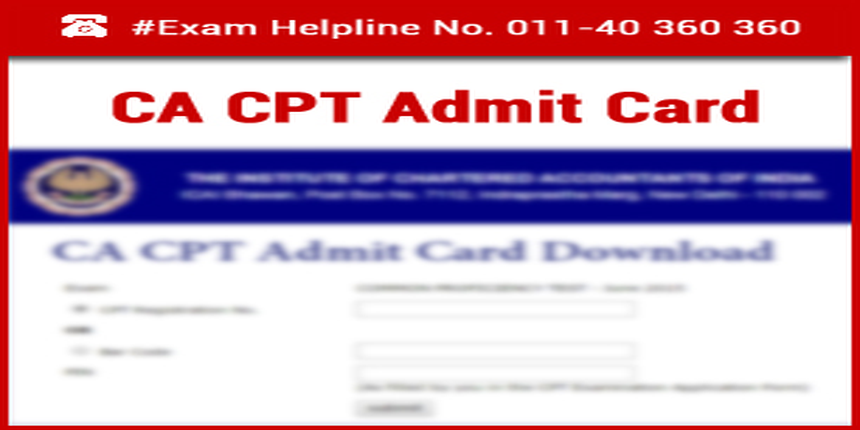 Candidates can check this page for CA CPT Admit Card 2015 Date and download it as it has been released by official sources. Candidates have to download the CA Common Proficiency Test 2015 Hall Ticket take its printout to be produced at the exam hall. However, the candidates who submitted physical OMR Application Form are sent their admit cards at the address mentioned by them in the applications.

Aspirants must note that no candidate will be allowed in the exam hall without their valid admit card. They must download the admit card and take its printout.