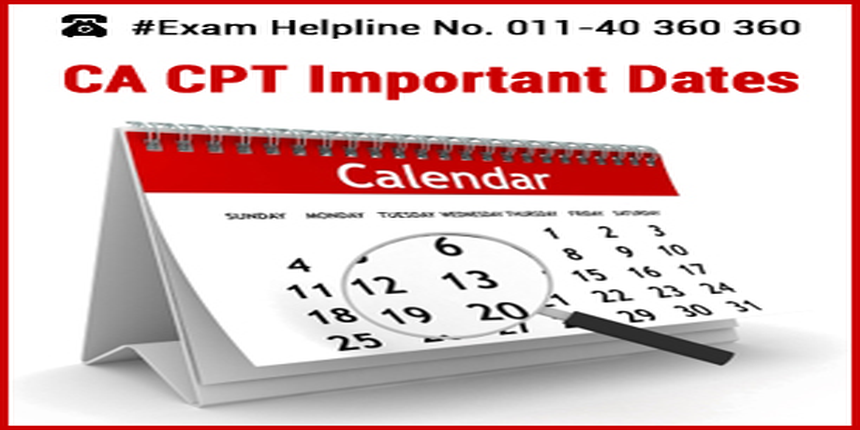 LATEST - Candidates can get CA CPT 2017 Application Form and CA CPT Admit Card 2017 here. Know all about CA CPT 2017 such as eligibility, dates, CA CPT Result and much more.

CA CPT Exam is held twice a year – June and December. The candidates have to get themselves registered for CA CPT on or before April 1 and October 1 for appearing in ICAI Chartered Accountancy – Common Proficiency Test to be held in June and December respectively, every year.

ICAI CA CPT was conducted on December 13, 2015 for the eligible candidates who sought to appear for Chartered Accountancy programme. As per CA CPT 2015 Important Dates, Application Form filling process was started from October 6 and the last date of submitting application form was October 27, 2015.

The Information brochure containing Common Proficiency Test CA CPT Application Form 2015 is available online for downloading, and also available in the Regional and Branch Offices of the Institute and can be obtained from there on cash payment from October 6, 2015.