CA CPT 2016 applications to begin from October 6; exam on December 18

The Institute of Chartered Accountants of India (ICAI) has announced that Common Proficiency Test (CPT) will be held on December 18, 2016 in two sessions- morning and evening at as many as 171 cities across India and five cities overseas. The CA CPT 2016 application for December exam will begin from October 6 which needs to be submitted to the official address by post or in person by October 27, 2016. Candidates applying for CA CPT 2016 December exam need to look into the details of the ICAI regulated chartered accountancy exam here. 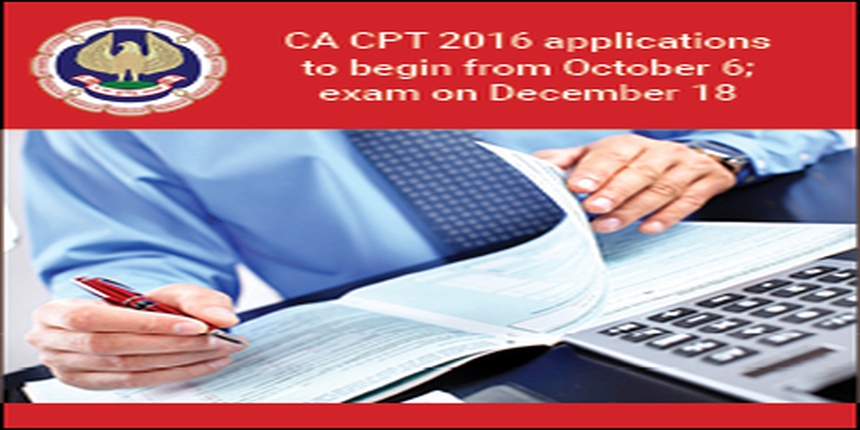 As per the official notification of CA CPT December 2016, the chartered accountancy exam will be held for two hours on the aforesaid date. The first session of the exam will begin from 10:30 am and end on 12:30 pm, while that of evening session between 2:00 pm and 4:00 pm.

Stay tuned to finance.careers360.com for more news and updates on CA CPT 2016